Latest News
Home /Coronavirus Is Advancing on Poor Nations, and the Prognosis Is Troubling

From Venezuela to Pakistan to the Democratic Republic of Congo—and nearly every developing country between—confirmed cases have started to spike in recent days, a sign the contagion is advancing exponentially, disease-control experts say.

“Extraordinary action is required if we are to prevent a human catastrophe of enormous proportions in our country,” said President Cyril Ramaphosa of South Africa, among the nations hardest hit by the 1980s AIDS epidemic. Addressing the country Monday night, he announced a 21-day nationwide lockdown to be enforced by the military.

South Africa on Wednesday declared 709 confirmed cases of coronavirus, a number the government said has risen sixfold in a week and could rise to hundreds of thousands without decisive action.

Indian Prime Minister Narendra Modi, ordering a nationwide shutdown, said Tuesday in a televised address: “I appeal with folded hands, don’t come out of your homes.”

China, where the outbreak began, had its powerful government to throw at the coronavirus, which across the globe as of Wednesday had infected more than 450,000 and left more than 20,000 dead with Covid-19, the disease the virus causes, according to data from Johns Hopkins University. South Korea could react quickly thanks in part a technologically sophisticated economy. And the West despite its struggles, has robust health-care systems, wealth and deep-rooted institutions to battle the contagion’s spread.

The world’s poorest areas—Africa, parts of Latin America, and Southeast and South Asia—start with few of those advantages. Their health-care systems and social mechanisms to fight the virus often aren’t just at risk of being overwhelmed, many join the epidemic already overwhelmed.

Number of confirmed cases around the world

Off the beaten track of global trade, these countries initially saw a slower rate of infections. Now the number of confirmed cases is surging.

Cases have suddenly spiked in Pakistan, with 210 million people and a per capita daily income of $3.50, spurred partly by its proximity to Iran, a middle-income nation slammed by the virus. By Wednesday morning, cases there had doubled from four days earlier to 991, official figures showed, a growth rate health experts say indicates rampant spread of the disease.

According to an internal Pakistani government assessment, if steps aren’t taken to stem the spread of the virus, cases could reach 20 million in the country.

Cases in Africa on Wednesday rose to more than 2,400 in 43 countries, according to the African Union, triple the number—and in one-quarter more countries—than on Friday. The African Union released data Saturday mapping the first 40 days of infection that suggested the continent is on the same trajectory as European nations, where the virus has exploded.

A dozen African nations are experiencing community transmission, the phase when the disease spreads rapidly within a locale without massive efforts to slow it through lockdowns and social distancing, according to the World Health Organization.

Cases in India have risen nearly fivefold, from 114 on March 16 to 562 confirmed cases on Wednesday. Without taking mitigating steps, India would have 300 million to 400 million cases before July’s end, according to Ramanan Laxminarayan, director of the Center for Disease Dynamics, Economics and Policy, a think tank based in Washington and New Delhi. He said that after India’s announcement on Tuesday of a 21-day shutdown, those figures could be reduced by 80%-90%, depending on the degree of compliance.

India “is in the very early stage of the avalanche,” said T. Jacob John, a retired professor of virology at the Christian Medical College in Vellore, India.

Testing levels are so low in many developing countries they could be sitting on an unknown monumental problem. Indonesia had tested 7.4 people out of every million as of March 20, according to figures collated by Our World in Data, a research project. South Korea had tested at a proportion 800 times higher by the same date, an approach credited with helping it gain control over the spread.

It isn’t inevitable that the coronavirus will have a worse impact in the developing world, and some factors could mitigate its impact in the poorest countries. Africa has the world’s youngest population—average age, 20, according to the U.N.—and South Asia’s populations are nearly as young; Covid-19 mortality rates rise rapidly above age 65. There is hope, but no clear evidence so far, that generally hotter climates will hamper the virus’s spread as with the flu once summer comes.

Some nations have strong militaries that could enforce mitigation measures or already have. Militaries in Sudan and South Africa will be on the streets enforcing lockdowns. Pakistan on Monday called out its military, the country’s most powerful institution, to deal with the crisis.

The vulnerability most of these countries share is giant urban slums where hundreds of millions live with poor sanitation and no plumbing. Basic practices to prevent the virus’s spread, such as regular hand-washing, can be impossible given the scarcity of clean water. Residents crowd into vehicles to reach jobs that often barely cover food and shelter. Some 587 million Africans, almost 60% of the continent’s urban residents, live in such slums, according to the United Nations.

Aggravating their vulnerability is the number living with other diseases—underlying conditions susceptible to Covid-19. An estimated 2.5 million people in South Africa with HIV aren’t taking antiretroviral drugs. India’s rates of diabetes are high, as are respiratory issues from air pollution.

On Johannesburg’s outskirts in the mud-strewn alleys of Diepsloot, an informal settlement of roughly 400,000, there isn’t much debate about what will happen if the virus takes root. Blessing Nyondo, a gardener living in a one-room house with five family members, said it would quickly overwhelm the area’s meager services: “We don’t have access to the basics, let alone enough to deal with a crisis.”

Nearby, people queued to use fetid public toilets and communal taps. Some residents picked through a vast mound of trash.

Local authorities said many of South Africa’s confirmed cases are in Johannesburg but won’t give location data, so no one in Diepsloot is sure whether the coronavirus is already in the township.

“Social distancing is impossible here,” said Peter Ndlovu, on his way to the taxi rank. “We are supposed to be two meters apart but we live side to side.”

For many of the world’s estimated 70 million refugees, the conditions are worse. Sprawling camps in more than a dozen African nations, some housing up to 250,000 people, are regularly plagued by disease and violence. Some refugee settlements can’t provide shelter from conflicts that could intensify during the virus outbreak as combatants exploit weakening state authority.

When leaders do act in anticipation of a coming crisis, the efforts can collide with on-the-ground realities, as Congo found. Doctors there were expected next month to declare victory over a three-year Ebola epidemic that ripped through rural communities. These teams of health professionals, experienced disease fighters with no illusions about the challenges, are redeploying to cities in preparation for the coronavirus.

What should the developed world be doing now to address the spread of coronavirus among poorer nations? Join the conversation below.

Yet when doctors set up a quarantined section of the country’s largest hospital in Kinshasa, population 12 million, other patients fled onto the streets when the first Covid-19 patient arrived.

Dr. Diafuka Saila-Ngita, a Congolese infectious-diseases expert, expects his team to be overwhelmed despite its training. “You cannot call yourself a soldier if you have never been to war,” he said. “We have been to war and the most recent outbreak [of Ebola] gave us a lot of lessons, but Covid is a bigger challenge.”

In Congo, “There is a lot of misinformation about coronavirus in the country, this is exactly what we have been going through with Ebola,” said Kate Moger, the regional vice president for International Rescue Committee in Congo. “Many residents still believe coronavirus is a hoax, and this ultimately complicates response efforts.”

Wealthier nations have tested more for the new coronavirus’s effects. 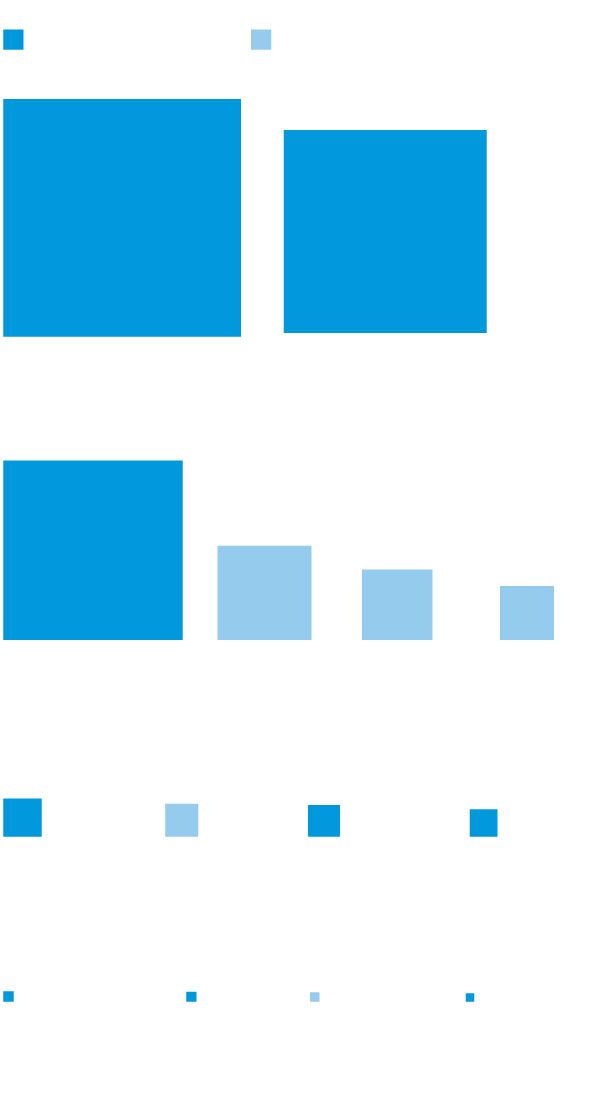 Other African countries are even less prepared: The continent has an average of two doctors for 10,000 people in cities, according to the WHO. By contrast, Italy, with 41 doctors per 10,000, is desperately overstretched.

In South Sudan, devastated by a five-year civil war, the ministry of health says it has just 24 isolation beds for a country of 13 million. Malawi’s health ministry says there are about 25 isolation beds in public hospitals serving 17 million. The main infectious-diseases hospital in Zimbabwe’s capital, Harare, has none, according to the Zimbabwe Association of Doctors for Human Rights.

Burkina Faso, under siege from jihadist groups, has said it doesn’t have the resources to deal with the outbreak, even as it confirmed the death of its parliament’s vice president from the disease and the infection of four cabinet ministers.

Two African nations still have no capacity to test for the virus, the WHO says. Other African countries have nothing near the testing capacity needed to identify and isolate expanding clusters of the disease.

In Pakistan, officials saw early on the threat posed by the raging epidemic next door in Iran, one of the first countries the disease overwhelmed. Iran wasn’t able to hold Pakistani pilgrims, who had visited the center of Iran’s outbreak, the city of Qom, on its side due to the crisis there. Some 5,000 came pouring over to Pakistan at once, said Pakistani officials, who set up border quarantine camps to isolate them.

Only one building was available for quarantine use at the border crossing, which was soon so crowded people were sleeping in halls and tents. The camps devolved into filthy, little-monitored hubs of spread for the virus, according to some of those kept there. Pakistan’s health minister and prime minister have conceded conditions there were poor but say the border is remote with few facilities.

As they now arrive home, the people are being tested. Regional authorities have set up facilities where these returnees can be quarantined a second time. Seventy percent of Pakistan’s cases have come from those who have passed through the Iran-border quarantine, according to provincial governments.

In many poorer countries, the starvation threat could outweigh the coronavirus specter, conspiring against social distancing and other mitigating measures wealthier nations can afford to take. While Pakistan’s four provinces, which have broad autonomy, moved independently to a lockdown by Monday, Pakistani Prime Minister Imran Khan—who has repeatedly warned against stringent lockdowns, saying that poor would suffer—on Tuesday called the moves “driven by fear that’s led to overreaction.”

“If I was leading Italy or France, I would have no problem imposing a curfew,” said Mr. Khan. “But here, if you can’t provide food, at the doorstep, to those who live in slums, a curfew can’t work.”

Pakistani authorities announced Tuesday that the country would provide 10 million poor households with $20 a month to help cope with the shutdown.

In the ramshackle Gadap Town district of Karachi, Pakistan’s largest city, Shakila Asghar works at a towel-manufacturing factory, paid only on days there is work. Those living around her can afford at most two or three days of food before working to buy more, she said, adding that those in Karachi’s factories typically earn $2.60 to $3.80 a day.

“We don’t know if we will get this virus,” she said, “but what I do know is that we get hungry three times a day.”

—Nicholas Bariyo in Kampala and Waqar Gillani in Islamabad contributed to this article.

Write to Saeed Shah at saeed.shah@wsj.com and Joe Parkinson at joe.parkinson@wsj.com