Latest News
Home /China Is Open for Business, But the Post-Coronavirus Reboot Looks Slow and Rocky

More than two months after imposing quarantines to counter the coronavirus, China is getting back to work. It is a slow and rocky process, one that rests on the world battling back successfully against the pandemic.

With new infections dwindling, factories are restarting, stores are reopening, and people are venturing outdoors. In some ways, China is where the U.S. and Europe hope to be within weeks or months.

Yet many Chinese factories find demand for their products has evaporated. Consumers in China and elsewhere are reluctant to spend over worries about what they have lost and what lies ahead.

For U.S. businesses tied to global trade, exporters and multinational companies, China’s limited return to normal foreshadows the potential for a sluggish U.S. recovery. Consumption, which makes up more than two-thirds of the American economy, looks to be hobbled by lost jobs, fallen income and diminished confidence for an unknown period. Even countries emerging from national lockdowns later than others will likely see weaker demand among trading partners also hurt.

Bryant Zhang, owner of LED light manufacturer Ennoplus Technology Co., was excited to reopen his factory in Shenzhen after receiving government permission last month. “We were back to normal and very confident,” he said.

Now he is worried. After clearing the company’s backlog, new orders from the U.S. and Europe dried up. He has trimmed company staff by 30% from what it was a year ago. With buyers canceling orders, he will cut another 10 employees, he said, and further reductions are possible.

Government data showed a dramatic slowdown in the first two months of the year, during the worst of China’s epidemic. Economists see more bad news ahead.

“There are clearly firms going back to work, workers are returning, lights are going on. But the data is actually still getting worse through March, across almost everything we tracked,” said Leland Miller, chief executive of research firm China Beige Book. The firm typically reports on the Chinese economy eight times a year, based on its surveys of 3,300 firms. It now reports weekly.

Revenues and profits have been contracting into March at a faster pace than ever, its surveys found. No sector has been spared; services and retail industries are the hardest hit. “It’s a narrative, and it’s clearly something Beijing is pushing, that China is back to work,” Mr. Miller said. “They may be back, but they’re not back to growth.”

China’s economy gets back to work but is hobbled by plummeting demand abroad. 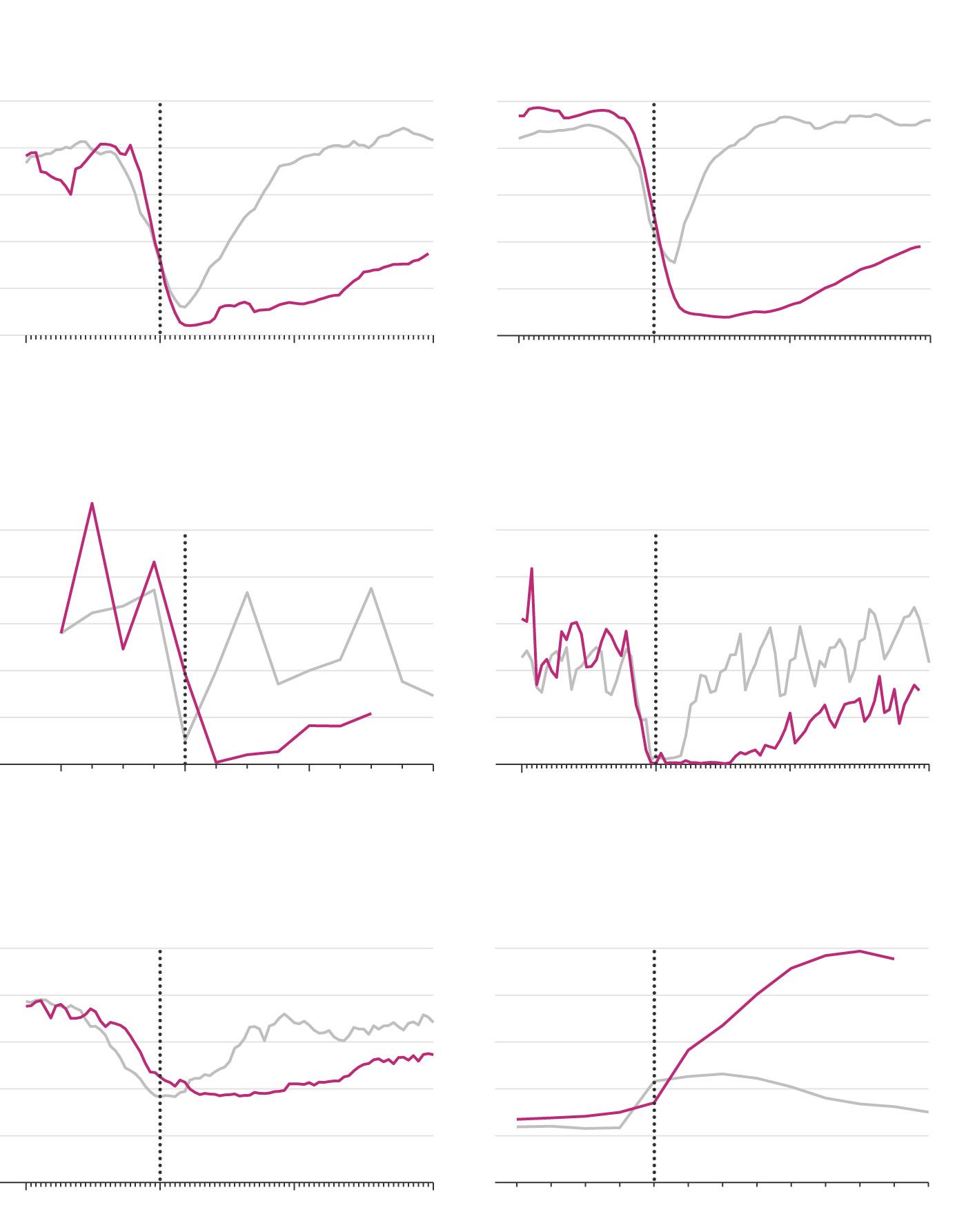 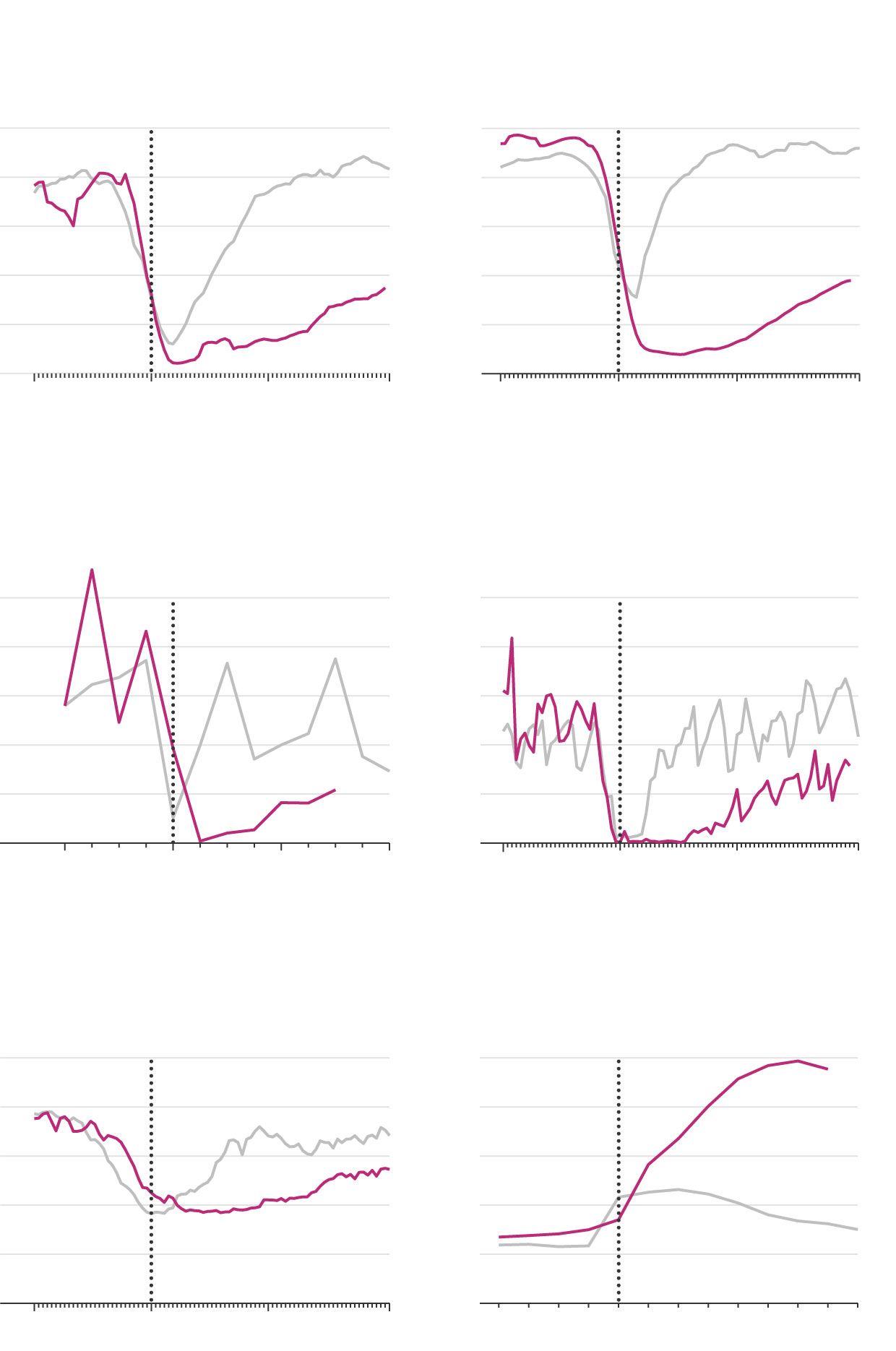 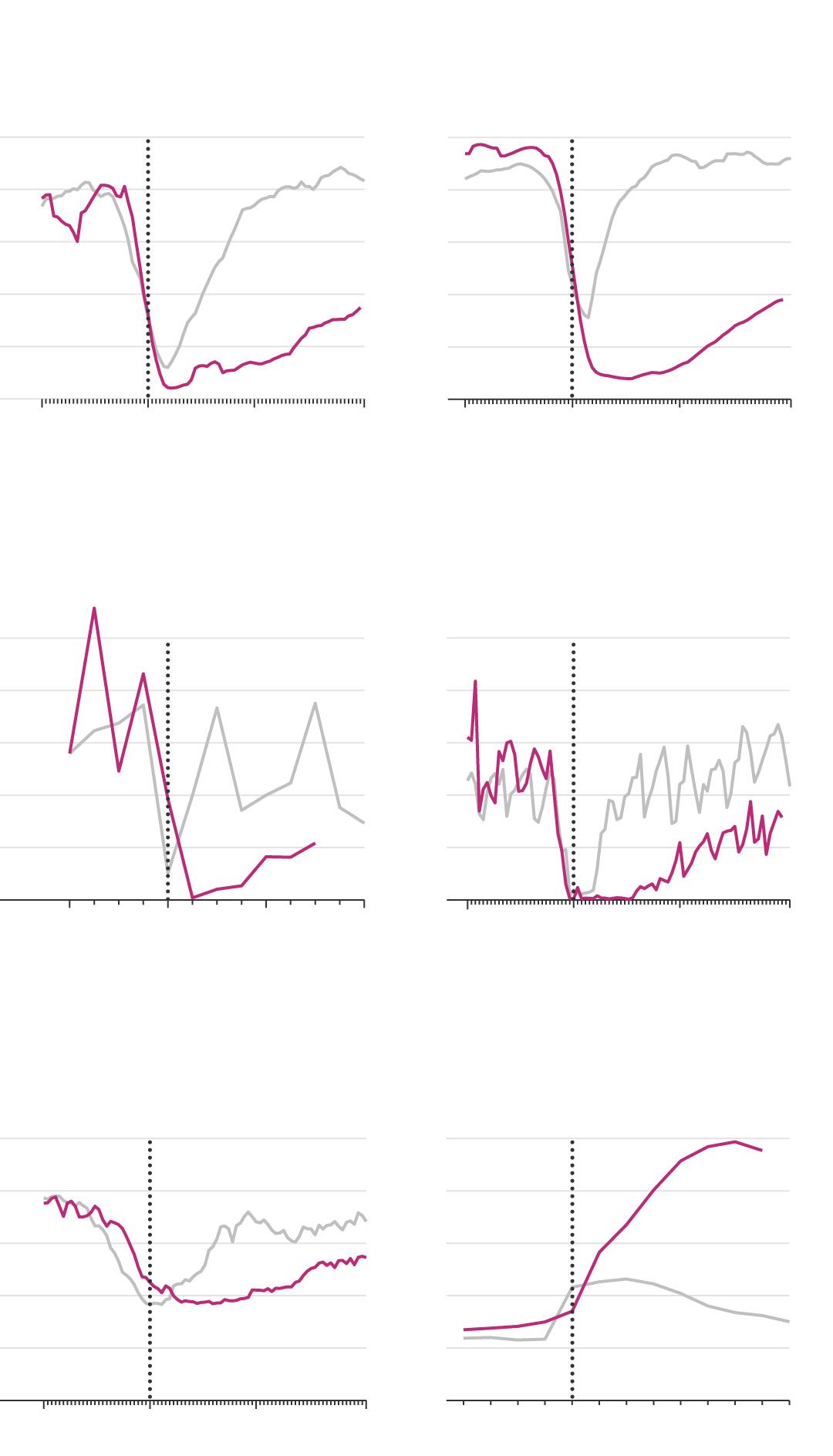 William Wong, a Hong Kong footwear manufacturer with factories in China, hoped for a quick rebound this month. He had to delay a slipper order for British retailer

while he struggled to get textiles from his Chinese suppliers.

As the coronavirus spread in Europe and the U.S., overseas buyers abruptly canceled orders with the company. Mr. Wong told his factory manager in Sichuan to begin layoffs. So far, the manufacturer has dismissed 250 of the factory’s 500 workers. “The world is falling apart,” Mr. Wong said.

forecasts an annualized 31.7% contraction in the first quarter of the year, followed by a recovery and 4.5% expansion for the full year.

expects growth of 1.5% for the year, far below its original growth target of around 6%.

recently said about two-thirds of small manufacturing businesses in China were back to work and around 90% to 95% of large manufacturers.

Li Zhong, China’s vice minister of human resources and social security, said 100 million migrant workers, accounting for 80% of those who went home for the Lunar New Year holiday in January, have returned to their jobs.

reopened its 42 stores in mainland China on March 13, and has closed all its stores in the rest of the world. One Apple store in Sanlitun, a popular shopping area in Beijing, was busy over the weekend, though some products, including some iPads and iPhones, weren’t yet in stock.

How long before the U.S. recovers from the coronavirus pandemic?Join the conversation below.

“It looks like people are feeling fine now, and not that worried,” said Sun Yiqi, a human resources manager who came to buy an iPad for her daughter. “But I know the battle has not yet finished. We should all be careful and should not treat it lightly even though there aren’t many new cases.”

Elsewhere in Beijing, some bars and restaurants have reopened. New restrictions require patrons to sit at tables several feet apart. Ping-pong tables in Beijing’s Ritan Park were busy this week, but many apartment complexes remained under lockdown.

Other data point to a long road back. Subway ridership in major cities is still down by nearly half relative to 2018 and 2019. Property sales remain more than 50% below their average level since 2015, according to

Li-Gang Liu, chief China economist at Citibank, estimated that as many as two million or more people have lost jobs. He is among those who studied the aftereffects of the severe acute respiratory syndrome, or SARS, epidemic in 2003. When the virus was contained, manufacturing rebounded sharply, in a so-called V-shaped recovery. But service industries, including hotels and restaurants took several quarters to fully bounce back.

Chinese authorities are wary of fully lifting restrictions on business activities because they don’t know if Covid-19 will come roaring back, a concern of governments around the world.

Liang Zhenye, who runs a small construction business in the southern province of Guangxi, said his team was still waiting for permits to restart operations. Authorities require they first get certificates showing they have enough masks and other safety gear, which are still in short supply.

While waiting to reopen the business, Mr. Liang’s family lives on dwindling savings, he said: “I worry I can’t hang on much longer.”

Jared Haw, president of Cleveland-based contract manufacturer EPower Corp., said he was able to restart his 160,000-square-foot factory near Shenzhen on Feb. 10, one of the first to reopen there. Workers had to sit at least 5 feet apart and only one side of an assembly line could be occupied.

A month later, local inspectors ordered the factory shut for a top-to-bottom review of safety procedures for epidemic control. The inspection took two days. The factory was doused in disinfectant, which kept some assembly lines closed another week.

Adding to the headaches, clients are reluctant to visit in person, engineers remain stuck in Hong Kong, and suppliers are only now just reopening.

One of EPower’s biggest projects is developing and manufacturing an electronic bike for a transportation startup. The client had pushed for assembly to start in May. It has now been pushed to the fourth quarter, Mr. Haw said. About 70% of EPower’s clients are based in the U.S., he said, and some of those projects are also facing delays.

“Of course if there’s a recession,” he said, “that’s going to affect us.”

China’s giant state enterprises, including its state banks, absorb some costs of the recovery and help keep workers employed. State banks, however, are often reluctant to lend to smaller private firms, which drive much of the economy’s innovation and provide the lion’s share of China’s jobs.

While the government can encourage large manufacturers to reopen, getting people to resume their buying habits is tougher.

The coronavirus epidemic has caused “China’s first credit demand disruption in history,” said Richard Xu, a Morgan Stanley analyst. While the disruption is expected to be temporary, he said, its duration is uncertain and will depend on income growth. Still, China’s overall credit demand could start to rebound in the second quarter assuming the virus is contained, he added.

Zhang Yu, a property-firm employee in the central Chinese city of Zhengzhou, said he stopped taking taxis after he returned to last month work and walks instead.

Vanessa Hu, a 31-year-old brand manager for a condom maker, said she would splurge on several overseas trips a year. She sometimes took out short-term consumer loans offered by Chinese mobile payments giant Alipay to cover costs. Not anymore.

“My generation has never been through a major crisis before and most believed China’s economy will only keep growing,” she said.

She plans to skip all trips abroad this year and canceled her private Thai boxing and yoga classes. “Even when the coronavirus pandemic is over, I have no interest in overspending,” she said. “I want to save like crazy.”

As in any crisis, a lucky few fared well, including Charles Hubbs. He owns Premiere Guard, a manufacturer of protective medical supplies for export in southern China. He said he was losing $500,000 a day during business shutdowns in February.

Six weeks after the company closed its factory doors, he called his son in Houston and told him the firm might have to file for bankruptcy. The Chinese government told him he had to keep paying his workers. And, as a foreigner, he wasn’t eligible for a government bailout.

Local officials then announced factories could restart. By mid-March, Mr. Hubbs’ operation was running above capacity, as raw materials suppliers returned to work and additional staff were hired.

Bankruptcy, he said, is now off the table.

Write to Mike Bird at Mike.Bird@wsj.com, Jon Emont at jonathan.emont@wsj.com and Shan Li at shan.li@wsj.com